We were inspired today by ESPN radio talk show host Will Cain (The Will Cain Show can be found on ESPN radio and is shown on ESPNews Monday through Friday from 3PM-6PM EST) and his predictive analysis of where some of these players will be when the music ends for the 2020 version of quarterback musical chairs.

Admittedly we’re biased in liking The Will Cain Show as the program’s producer, Nuno Teixera, was a buddy of TopDucker back in college.

Anyways, we were inspired. And if its a showdown of predicting quarterback movement for next year, we’re going next level. We’re going to prognosticate who will be the top signal caller, and THEIR BACK UP for all 32 teams. Keep in mind how bold, how daring, how just straight looney tunes this is as we’re just halfway through the 2019 season. All sorts of things can go wrong, or right between now and then. But lets do it Will, lets put it all out there for the public! 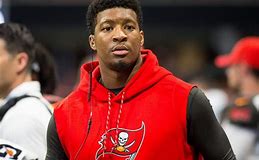 In spite of rumors to the contrary Tom Brady returns for what I anticipate to be his farewell tour. With a less than stellar season Jake Fromm slips to the end of the first round where Belichick grabs him. He’ll then send Jarrett Stidham to Nashville for a 3rd rounder, because Bill loves him some 3rd rounders. Further south we find Jameis Winston unable to resist the state of Florida. After stops in Tallahassee and Tampa Bay he takes his talents to South Beach. The Dolphins will select the best player available in the draft, Chase Young, as part of their REAL plan, tanking for Trevor. Also notable will be Derek Carr moving to Buffalo. Josh Allen has quietly been effective for the Bills, but if he falters Sean McDermott will be able to ride Carr.

Not a whole lot of movement here. Its notable that I expect Big Ben to return to Pittsburgh. I considered if the Steelers would want to hit the re-set button and grab a QB since they’ll be near the top of the draft. Then I remembered Miami owns that pick for Minkah Fitzpatrick. So run it back it is. The Bengals will swoop in on Tua after 2 seconds after the Dolphins pass in favor of Chase Young.

The Colts are too good top to bottom to not have a solid back up, a lesson they had already learned. In that vein, Fitzmagic heads to Indy, because no head coach understands the value of a back up quarterback more than Frank Reich. In Nashville Mike Vrabel gets another (last?) shot with the Titans. After spending the year living through Marcus Mariota and Ryan Tannehill they’ll see what they can do with the steadier Teddy Bridgewater. As added insurance the Patriots South will make a move to acquire Tom Brady’s current understudy, which has worked out well in recent years. Lastly its worth mentioning that there were a few moments early this year where it looked like Nick Foles could be the new version of Matt Flynn. Don’t remember him? He signed a big contract to be the Seahawks new quarterback. That same year they also used a mid-round draft pick on a kid named Russell Wilson, and you know the rest. Ultimately though Minshew is no Russell Wilson, and Nick Foles will reclaim his job. 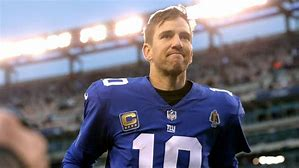 Last fall early in the season I predicted that John Elway would trade for Joe Flacco, and I nailed that. Now I’m predicting that it’ll be a one year experiment for Joe Flacco/Drew Lock. Spring 2020 will see Elway grab Justin Herbert from Oregon with their top 10 pick before going back to the Manning well once again for a one year mentor for the young duck as Eli follows his brother’s footsteps to Denver. Speaking of older than dirt quarterbacks, the Chargers will consider drafting a first round quarterback, but ultimately will decide to wait one more year while bringing in Andy Dalton as insurance. As was mentioned multiple times by Will Cain during his review, it doesn’t seem like John Gruden is enamored with Derek Carr. But I can see him falling in love with LSU’s Joe Burrow. Not wanting to toss him to the wolves without a safety net, they’ll ink Marcus Mariota to join them in Las Vegas, a city known to Hawains as the 9th island.

Not a whole lot of movement here. The Cowboys bring former Longhorn Colt McCoy home to serve as Dak’s backup, after re-signing Dak to a big ole contract. Geno Smith returns to the Giants to back up Daniel Jones. Joe Flacco heads back east as the Eagles know the value of having a viable back up to Carson Wentz, and lastly Alex Smith makes his return from a horrific injury. The interesting dynamic is that it was predicted here that Urban Meyer will be the coach for Washington next year. Meyer was the coach for Smith while at Utah, and Haskins while at Ohio State. 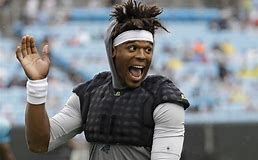 The Vikings should seriously consider taking a QB in the first round, a guy to groom to replace the expensive Cousins. Nabbing Fromm before the Pats is viable, or maybe a Jacob Eason? A lot of back up movement here. But the headliner is Cam Newton becoming a Bear. Pushing Mitchell Trubisky to the bench. They won’t completely move off Trubisky, especially with Newton’s injury history, but the Bears don’t want to waste this top notch defense and make a win now move.

CAROLINA PANTHERS: Starter- KYLE ALLEN Back up- WILL GRIER

Whoa, Andrew Luck? Yes, Andrew Luck. Since the day Luck announced his “retirement” I’ve been predicting (you can find it on Twitter, I don’t erase stuff, follow @TopDucker) that Luck will re-join his former coach, Bruce Arians. Just to be safe though the Bucs will need a capable back up, hence the move for Case Keenum. And with Teddy Bridgewater finally spreading his wings and moving to Tennessee, the Saints will turn to familiar face Chase Daniel as they look to extend their championship window. 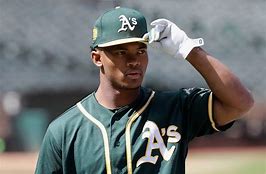 All four starters are firmly entrenched here. Pete Carroll upgrades the back up spot going from Geno Smith to Ryan Tannehill, while the Cardinals grab Drew Lock to back up the diminutive Murray after just a one year stint in the Mile High City.