NBA Twitter has been all aflutter with trade rumors running rampant. Celtics and Lakers pursuing Anthony Davis. Eric Murphy, sorry, I mean Rich Paul trying to ward off Danny Ainge’s seemingly life long pursuit of the Brow. Will the Lakers include Kuzma? Will that #4 pick of the Lakers entice a 3rd team to enter the fray? Well tune in bat fans because the trade rumor mill is about to jump to 80 year old ladies playing canasta while drunk levels of chirping. And you can find out what happens here, on You’re Ducking Right. 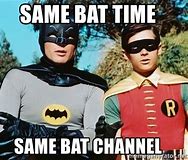 Before the final draft preview. Before the annual Free Agency Frenzy forecast, we’re going to toss out a few trade ideas we’d like to see get done. These are FAIRLY realistic in that they’d work around the NBA salary cap, and there isn’t a “lets trade Guerschon Yabusele for Luka Doncic” idea in the whole group. We’ve got 7 deals to outline. How many will happen (or at least a close proximation)? Who knows? All seven? None? Somewhere in between? It’ll for sure be one of those options.

So who may be trading places this summer? (If you’ve never seen Trading Places, watch it, its a classic, theres a nice little tie in with Coming to America if you’re into finding easter eggs in movies)

What does this trade do for the Lakers?

One of the arguments people have made for a team other than the Lakers to trade for Anthony Davis is that the Lakers can’t afford to waste another year of Lebron and will use their cap space this summer if they can’t get Davis. Well, I present to you another option if someone other than Rob Pelinka gets Davis…. trade your young pieces for veterans on expiring deals. In this scenario you surround James with contemporaries ready to win now, while also being in a position to clear cap room in summer 2020 simply by renouncing them. And if the Davis plan falls through, in spite of Rich Paul’s instistance that it won’t, then you can re-sign using the vets using bird rights. While Lee isn’t a stud, he’s a quality defender and a capable catch & shoot wing, which has been the formula used to build around Lebron in the past.

What does this trade do for the Mavericks?

For the Mavericks its a chance to clear some more cap space. With news that Dwight Powell intends to stay with the belief he’ll extend, it means the Mavs would need to manuever a bit to put themselves in position to reel in one of the big fish this summer. Additionally, Lee doesn’t really fit the timeline of developing around Luka Doncic and Kristaps Porzingis. In return they receive Wagner who was terrific at Michigan, and should be at least a solid rotation big for the next decade. With Porzingis coming off injury, adding some post depth with the retirement of local legend Dirk Nowitzki wouldn’t be the worst idea.

What does this trade do for the Bulls?

In exchange for taking on Patty Mills salary, the Bulls acquire an additional late first round pick to add to their burgeoning young core. The bonus is that they acquire a veteran point guard, which they need, but who isn’t of such acclaim that he’d balk at defering to the development of the youngins.

What does this trade do for the Spurs?

With 2 years and left at about $13 million a year, Patty Mills’ contract has to be one they wish they could move. So much so that in this move they attach an asset (the late first) for the Bulls to take in Mills using their cap space. Considering the Spurs penchent for draft n stash prospects, there is little difference between 29 and 38 as far as draft position anyways, except of course that guaranteed contract status that the #29 pick carries. With Dejounte Murray and Derrick White blossoming, having a 3rd string ball handler making that much simply isn’t ideal.

What does this trade do for the Hawks?

Vince Carter has announced that 2019-2020 will be his last season, but he is a free agent, and there is no guarantee he’ll be back in the dirty dirty. With such a young club it’d be nice to add a veteran presence. The Hawks already added 3 first round rookies this past season, would it really behoove them to add 3 more? It appears evident that Atlanta is attempting to replicate the Warriors splash brothers approach by adding shooters whenever they can. Eric Gordon would compliment Trae Young in that regard and be an excellent mentor for Kevin Heurter. Chiozza would likely be waived, while Hartenstein isn’t a bad prospect to keep around and see what he can do.

What does this trade do for the Rockets? 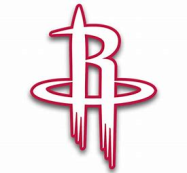 In this move the Rockets maintain some sort of veteran scoring prescence in the form of Kent Bazemore. Although Bazemore is a downgrade from Gordon in terms of skill and impact, and is slightly more expensive on the books, he is a veteran capable of playing some D, and putting in 20 on a given night. The real horse and carrot here for the Rockets though is the chance to acquire a late lotto pick. After years of ignoring the draft in favor of veterans the Rockets, based upon rumors circulating around the gulf coast, now appear inclined to make a move to inject some youth onto the roster. This move helps with that. And the slight salary increase is for one year as both Bazemore and Gordon as entering the last years of their respective deals.

What does this trade do for the Jazz?

With Ricky Rubio entering free agency, the Jazz are in the position of looking for a replacement. Since the trade deadline they’ve been linked to Mike Conley of the Grizzlies, but Schroder would certainly be a cheaper alternative, both in terms of salary expenditure, but also in terms of asset cost to acquire.

What does this trade do for the Thunder?

While Jae Crowder is by no means a sniper, he is still more capable from behind the arc than most of the Thunder’s roster. Add in that he’s a capable defender and he’d be a welcome addition to Billy Donovan’s rotation. With Westbrook around, having a starter quality back up at the point guard position was a luxury for the Thunder. With the addition of a second first rounder in the early 20’s, they’d be in a position to add another ball handler, maybe one with a bit more natural shooting stroke (theme of the off season for the Thunder is GET MORE SHOOTING), maybe a Carsen Edwards out of Purdue? Bonus is that Crowder makes about $7 million less than Schroder, which is big for the luxury tax paying squad.

What does this trade do for the Cavaliers?

In Cleveland they get a chance to correct the prior mistake of letting Joe Harris go. The former second rounder out of Virginia has developed into an excellent shooter capable of opening up the floor. He is also the type of still young vet that would help the youth movement Cavs. At this point Smith is simply an asset that the Cavs have to exploit, he has zero on the court value for Cleveland.

What does this trade do for the Nets?

For the Nets trading for Smith, who has non-guaranteed language in his contract, is an opportunity to open up further cap space in their quest to add both 2 max contract level players, while also being able to retain D’Angelo Russell. Something they could do if they renounced their other free agents. Losing Harris isn’t ideal, but if you want to make an omlet, you’ve gotta break a few eggs.

What does this trade do for the Grizzlies?

With the trade deadline deal that sent Marc Gasol north of the border, it signaled the beginning of the Grizzlies embracing their rebuild. As constituted their young core essentially is Jaren Jackson Jr. and presumably Ja Morant. Sure they have some young pieces with some promise like Jevon Carter, Dillon Brooks, and Ivan Rabb, but while those guys have potential to be rotation players, none are sure things, and none have potential star power like Jackson and Morant do. Aside from creating additional cap space, the addition of Dom Sabonis and another first round would be a huge get for Memphis. Jackson and Sabonis, each capable inside and out, would provide some interesting high-low post play options.

What does this trade do for the Pacers?

The Pacers are positioned to have plenty of cap space, but haven’t been linked to any of the big name free agents. That’d leave them open to the trade route. A Mike Conley-Victor Oladipo pairing would be dynamic. And while giving up the talented Sabonis is a gamble, it should be noted that Conley has 2 years left on his deal. With Myles Turner already extended, the Pacers can afford to take a chance in trading Sabonis. As a bonus having Conley around would provide a mentorship opportunity for him and 2018 first round pick Aaron Holiday

What does this trade do for the Pelicans?

The first thing it does is end the 3 ring circus that has been the Anthony Davis situation. It cleanses the organization before the arrival of its next face of the franchise in the form of Zion Williamson. Sure they’d like to add Kyle Kuzma, but adding that 2021 first off sets that. Clint Capela isn’t exactly the young all star they’ve requested, but he’s not bad and he’s signed for 4 more seasons, which is certainly appealing. Even assuming they’re not able to re-sign Julius Randle (which is entirely possible), they could still run out a line up of Lonzo Ball, Jrue Holiday, Brandon Ingram, Zion Williamson, and Clint Capela. A couple Bruins, a couple Blue Devils, and someone from Switzerland to remain nuetral between the two schools. It’d certainly be an intriguing fast break team. Ball in the open floor tossing lobs up to Capela and Zion would put butts in the seats.

What does this trade do for the Rockets? 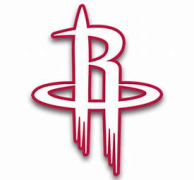 I’ve seen some speculation on what the #4 pick could fetch as the Pelicans and Lakers are looking to bring in a 3rd team to complete this deal. The thing to remember, and it appears some people don’t, is that all #4 picks are not created equal. And this year is not the best year to try and use that pick as an asset. That isn’t to say its a poor asset, its just significantly less valuable than the pick immediately preceding it. For the Rockets its an opportunity to clear salary coupled with a chance to add a lottery pick in their effort rejuvenate the roster.

What does this trade do for the Lakers?

Well this is obvious, they get Anthony Davis without wasting another year of Lebron. They don’t have to concern themselves with carrying over cap space for summer 2020, and they position themselves to try and fill out a roster with vets looking to make a ring push. Sure the price is steep, Ball, Ingram, 2 first rounders, AND having to take on Solomon Hill’s salary for the year? But they do get to keep Kuzma and Hart. It’d also increase the liklihood of retaining Rajon Rondo as they’d be sans point guard, and he has some previously built chemistry with Davis after having spent a year in New Orleans.

Will any of this come to fruition? We’ll find out soon, the Raptors just brought the Larry O’Brien trophy home for the first time, which means that starting tomorrow we’re officially in the off season! 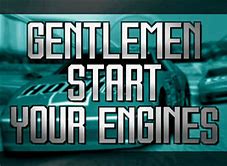