Let me look into my crystal ball. The year is 2032. Tom Brady is president of the United States. Gronk is the Secretary of Spring Break. Keith Richards has gone solo and is the top earning tour in the country. Maggie Simpson is finally talking, and gas is up to $325 a gallon.

Basketball enthusiasts will look back on the 2018-2019 NBA season with awe as a slew of hall of famers litter the rosters of NBA teams.

As we look at the NBA in modern times though, circa December 2018, who is looking like they’ll take up residence in Springfield Massachusetts? 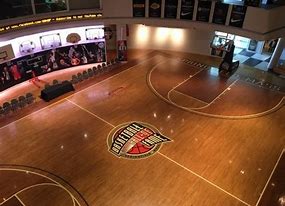 THE “IF IT WEREN’T FOR THE INJURIES” GUYS:

Derrick Rose: His resurgence aside this year under the tutelage of former skipper Tom Thibedeau, Rose has struggled the last few years. His numbers, outside his stop in Cleveland, actually aren’t THAT bad. Not Hall worthy, but solid. I don’t think he makes it, but he’s at least worthy of being discussed.

Dwight Howard: His resume warrants discussion. In spite of his reputation as a locker room cancer and malcontent. I’ve always felt that Howard was more a product of his era. With a style that feels more 90’s, he fell into the gap in between what could be considered a golden era for centers, and the emergence of the new age small ball, pace n’ space centers. For around a decade he was the best center in the league. But was that a product of his skill, or a product of a lack of suitable contemporaries? Had he played in the 90’s how would he have done against Olajawon, Robinson, Shaq, Ewing, Smits, Mourning, Mutombo? Its my contention that he would have been very average and wouldn’t have sniffed any all NBA honors.

THE “WAY TO EARLY TO TELL, BUT I LIKE WHAT I SEE SO FAR GUYS”:

Giannis Antetokounmpo: The greek freak could very well add an MVP to his resume this season. I see no reason why he won’t be awarded admission to the hall, but its to early to make that call.

Kristaps Porzingis: The young Latvian has all the tools. Assuming he comes back from injury okay and continues his ascension, he’ll be there.

Devin Booker: The Suns’ scoring freak has a 70 point game under his belt. With health and age, he’ll be a surefire addition.

Karl Anthony Towns: The former Kentucky Wildcat has the skills, the coaching, and opportunity. As long as he doesn’t squander the tools available to him, he’ll move up the list of all time greats.

Ben Simmons: The young Australian forward has yet to develop an outside shot, but is still a consistent threat to mess around and get a triple double. I mean John Havlicek, Elgin Baylor, and Jerry West never hit a three point shot and are all hall of famers.

Joel Embiid: The question surrounding Embiid’s hall future is the same one that plagued him coming out of Kansas. How many games will he play? 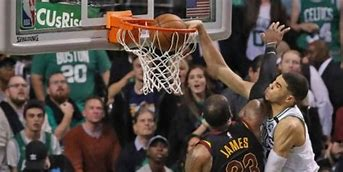 Jayson Tatum: The young smooth forward is just scratching the surface on his abilities. Its way to early to say after just one full season, but I wouldn’t exactly discount his chances.

Donovan Mitchell: Spida Mitchell burst onto the scene last year. A bit older than what we see out of the modern day NBA rookie (homeboy can legally drink and everything), he’s plateaued a bit this season. If he can make the sophomore adjustments and continue the growth seen last season, he would have a shot.

De’Aron Fox: The lightning quick guard for Sacramento is asserting himself this season. As he and his team develops he’ll be one to keep an eye on.

Nikola Jokic: The skilled big man plays like what I picture a young Arvydas Sabonis to look like. If he continues on that path, he’ll be punching his passport for the Hall of Fame.

Luka Doncic: Luka falls into the way way way too early, but damn is he fun to watch so far category. The rookie Slovenian has taken the basketball world by storm through the first 3 months of his career.

THE “PERRENIAL ALL STARS BUT ARE THEY REALLY HALL OF FAMERS LEVEL GUYS”:

Victor Oladipo: The late bloomer has been a stud since he got to Indiana, but his time in Orlando and Oklahoma City was not really buzz worthy.

Kemba Walker: A very good player on a very mediocre team. Not sure he’s good enough to be the #1 guy on a good team, I think he’d be best suited as a #2 guy paired with a facilitator.

Jimmy Butler: A versatile defender coming into the league, it took a bit before his offensive prowess caught up. For sure an all star level talent, just not sure he’s a hall of famer.

Kyle Lowry: The 32 year old point guard went 6 seasons before averaging double digits in scoring. People forget about the Memphis and Houston years, which were largely not memorable. Career averages of 14 points and 6 assists are nice, but to get into Springfield, he should be buying a ticket.

CJ McCollum: I’m (Le)high on his chances of making it at his current projection. A bit older than the too early to tell kids, but not exactly there yet either. The things going against him are that he plays in Portland, a good, but not great team, and he is continually over shadowed by Damien Lilliard.

John Wall: With news that Wall will miss the rest of the season recovering from a heal injury, there has to be concern that Wall’s legacy will be for having what has to now be considered an albatross contract.

Rudy Gobert: The mercurial Frenchman is a fabulous defender and a developing offensive player. If he can string together another decade at his current level of defensive play, and improve his offense a smidge, he’ll be there.

DeMar DeRozan: DeRozan is an all star caliber player. A smooth scorer with a throwback mid-range game. I see him as a modern Rip Hamilton. Not exactly chopped liver, but not a certain hall guy either.

Draymond Green: Here’s the key for Draymond. How long will the Warriors run last, and how long will he be a part of it. His numbers will never reflect hall worthy figures, but voters could very well look back on Green as the catalyst for the Warriors defense, and the pace n space center that made the system go.

THE “WORTHY OF DISCUSSION, BUT NOT SURE THEY MAKE IT” GUYS:

Andre Igoudala: Igoudala has sacrificed a lot of numbers to be part of a winner. Now viewed as a versatile wing defender/scorer off the bench, he used to be a big time athlete capable of leading his own squad. His performances for Team USA, and the numbers he put up as a 76er and Nugget. His numbers are the inverse of Kyle Lowry’s.

Marc Gasol: The tough, skilled center for Memphis is a tough call. Always one of, if not the best player on a solid, though never spectacular team. His offensive numbers aren’t bad, and his defensive abilities are well renowned. But just not a hall of famer to me.

THE “ON THEIR WAY, ANOTHER COUPLE YEARS LIKE THIS AND THEY CAN MAKE HOTEL RESERVATIONS FOR ENSHRINEMENT WEEKEND” GUYS:

Kyrie Irving: The very highly skilled guard has really improved on the “little things” this season, like rebounding, taking charges, getting tips, etc. He’ll be there.

Kevin Love: The longtime double double machine has missed the vast majority of this season. Here’s hoping he doesn’t toil away in post Lebron Cleveland for the remainder of his career.

Blake Griffin: Griffin has expanded his offensive repertoire in the last few years and is no longer just the gifted leaper he once was. As long as he maintains his health for another year or so, he’s in.

Kawhi Leonard: The 27 year old has really only played 6 full seasons. That lack of longevity really is what makes me hit the pause button. If he makes it to 30 like this, he’s a sure fire guy. Even if he doesn’t he’s PROBABLY already in. I’m just being stingy.

Damien Lilliard: Likely the first Weber State alumni to be inducted into the James Naismith Basketball Hall of Fame. Lilliard is a superstar who rises to whatever occasion is before him.

Anthony Davis: The brow needs only time. His legacy will be helped as he is seemingly destined to raise a banner for one of the NBA’s two marquee franchises.

Klay Thompson: I am in the minority in that I believe Thompson is capable of leading his own team. Push that aside though and Thompson will still have his legacy as a primary contributor on a generational team. His contributions to the Warriors championships regardless of numbers likely warrant his consideration.

THE “100% MONEY BACK GUARANTEED, THEY’D BE IN IF THEY WALKED AWAY FROM THE GAME TOMORROW” GUYS:

These guys don’t even require much discussion or thought, just acknowledgement for the work they’ve put in and a hat tip to their accomplishments.

Vince Carter: Don’t be fooled by the old guy in Atlanta kids, Vince Carter could BALL.

Tony Parker: His contributions to the Spurs consistent high level of play cannot be overlooked. 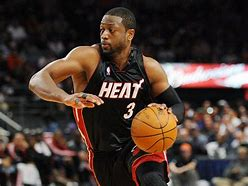 Dwyane Wade: Its really too bad that he ever played for Chicago and Cleveland. He should have been a Heat lifer.

Pau Gasol: The uber skilled Spaniard was kind enough to let Kobe ride his coat tails on the way to some rings.

James Harden: The very talented and versatile scorer has done so much in the regular season that his post season failures won’t be held against him. 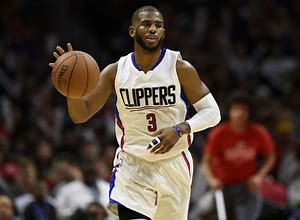 Chris Paul: The best point guard of his generation. Not a big fan of his contract, but no denying what he’s accomplished already.

Carmelo Anthony: Forget what you’ve seen since he left New York. Anthony has been one of the most skilled and prolific scorers in the history of the league. 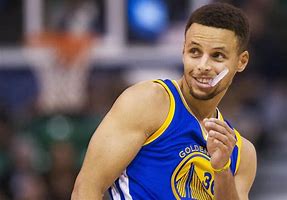 Steph Curry: Put aside for a moment the MVPs, the rings, and the numbers. Steph Curry changed the way the game is played from the NBA all the way down.

Kevin Durant: KD didn’t face long(horn) odds before he went to Golden State. Now that he’s got rings, he’s a no brainer. 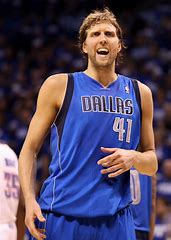 Dirk Nowitzki: As it currently stands, the greatest European to play an NBA game. Nowitzki is a first ballot no brainer.