Well week one did not go well for everyone. Boom Boom’s squad; 12PlusOneEquals6 led the pack with a shade over 244 points. And for one week at least, @TopDucker is a bottom, not a top, pulling up the rear with 114 points. Lets take a quick peek at how the match ups went.

The tough luck team of the week was managed by Uncle Gio. His squad dropped the 2nd most points of any team in week one. Led by explosions from Patrick Mahomes and John Conner, he was still terminated by Boom Boom’s squad that received outstanding production up and down the line-up. He was primarily aided by four players involved in the Tampon Bay-New Orleans track meet; Drew Brees, Mike Thomas, Mike Evans, and Alvin Kamera. Trey Burton only netted 2.5 points, but luckily that still outpaced the anemic 1.6 points Uncle Gio got out of Travis Kelce. Overall unless you had Gronk or Jared Cook, the tight end position as a whole was a dumpster fire for fantasy.  Final: Boom Boom 244.66 ov Uncle Gio 201.64

Speaking of dumpster fires, @TopDucker barely eclipsed the century mark. Having 5 players who failed to crack double digit points; Sterling Shepard, Jamaal Williams, LeSean McCoy, Evan Engram, and Matt Prater, didn’t aid the cause. JJ lucked out by topping @TopDucker, as he managed 147.14 points. Including a whopping -5 points from the Joey Bosa-less Chargers. Unsurprisingly Rob Gronkowski had the 3rd most points of any player in the matchup, eclipsed only by @TopDucker’s Jared Goff, and JJ’s Joe Mixon. Final: JJ 147.14 ov Sully 114.62

This weeks photo finish ending revolved around an all Scott match-up as Riv nudged past Big Deli by just a miniscule 2.52 point margin. The -6 Riv got from the Saints’ D was outweighed by the barrage of points posted by Tyreek Hill. Julio Jones was also prominently displayed on the scoreboard posting 28.2 points. Imagine if he was actually targeted once the Falcons got into the red-zone? Russell Wilson and Melvin Gordon feasted for Big Deli, dropping 35.32 and 30.60 respectively. It was a tough, hard fought match up and Riv should be complimented for his late game strategies that netted the win. Final: Riv 155.44 ov Big Deli 152.92

In comparison to the Scott matchup the showdown between Ice and Slim Mex may as well be a blow out as Ice blew Slim Mex out of the water by 4.14 points. As a Buckeye fan, Ice really can hold his head high knowing he rode on the shoulders of a Michigan Wolverine on his way to victory. Tom Brady’s 38.48 points paced the match up as no other player on either side scored in the 30’s. Slim Mex was doubly disappointed as Matt Stafford’s interceptions cost both his fantasy squad, and his beloved Lions a victory. Final: Ice 145.58 ov Slim Mex 141.44

Speaking of close games, we did have a good ole fashioned ass-whooping. Unlike the Packers, Magoo’s squad could have gotten nothing out of Aaron Rodgers on Sunday and still walked away victorious. The 47.28 spread was more than the 38.14 points that Rodgers produced for Magoo. The 33.16 points Ski Ski Ski got out of Kirk Cousins was nothing to sneeze at, but he was eventually dragged down by the sub-optimal performances by Amari Cooper, Pierre Garcon, and David Njoku. Final: Magoo 178.64 ov Ski Ski Ski 131.36

Lastly, a match up of former Mount Ida Mustangs (I suppose any Mount Ida Mustang would be a former Mount Ida Mustang, since they told everyone that they didn’t have to go home, but they had to get the hell up out of there), as Krazy Kurt took advantage of Casper’s friendliness as he bullied his way to a victory. Krazy managed to pull off the W in spite of four players not reaching double digits; Chris Hogan, Devonta Freeman, Kerryon Johnson, and Zach my low point total really Ertz your chances of winning. Luckily for Krazy, Casper had SEVEN players score in the single digits, including  big ole goose egg for Doug Baldwin. Along with the sterling performance from Baldwin, Alfred Morris, Greg Olsen, Jamison Crowder, Mason Crosby, and the Detroit Lions also failed to crack double digits. Final in the Mustang Match up: Krazy Kurt 154.74 ov. Casper 144.76 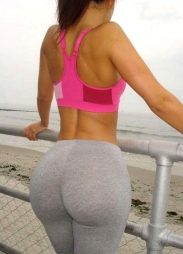 ASS OF THE WEEK: SULLY, AKA, @TOPDUCKER