The top 50, that’s nothing to sneeze at. On average each team should be represented 1.7 times in the final 50. Of course, not all teams are created equal. But consider saying that not even the top 2 players on each squad makes the top 50 and you start to realize how elite these players are. 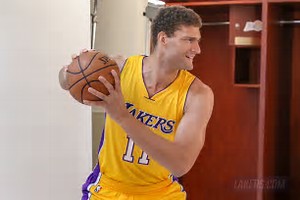 One of the more underrated moves of the off season, the acquisition of Brook Lopez would be huge for a team with any hope of contending. And the possibility of a post trade deadline buy out looms should the Lakers not be in contention for a playoff spot. Regardless, this was not just a trade to jettison Mozgov’s contract. Brook is a versatile scorer. If you could merge his offense with his twin Robin’s defense, you’d have a truly elite NBA player.

The 25 year old was given his chance to spread his wings, to be the top dog in the offense and responded by averaging a shade over 19 points. Eventually used in a stretch 4 capacity, Barnes seems best suited as a top level sidekick and not the alpha dog. The Mavs hope that Dennis Smith can provide that bark.

The Celtics’ need to clear cap space was the Detroit Pistons gain. A tremendous on the ball defender, Bradley has steadily improved his offensive game. An early season surge saw Bradley bring his rebounding average up to over 6 boards a game last year from the off guard position. That was to accompany his 16 points per game. A capable 3 point shooter, especially from the corners, he excels at the mid range catch and shoot off curls. In a contract year, Bradley should attempt to assert himself. If he can stay healthy, he could be in line for a nice payday. 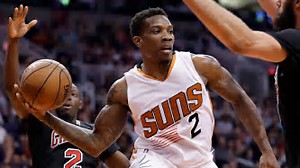 After what seemed like a life where Bledsoe was destined to be an understudy, first as John Wall’s back up at Kentucky, followed by falling in behind Chris Paul, Bledsoe has emerged as a go to scorer and more than capable starter. With assist averages over 6 a game, coupled with a scoring average over 21 points a game, Bledsoe is just entering the prime of his career and is now being surrounded by some talent in Phoenix.

I’m not sure whats more amazing, that it wasn’t that long ago when the Suns had Dragic, Bledsoe, and Isaiah Thomas all on the roster at the same time, or that the only one remaining is the lowest ranked of the 3. Bledsoe had slightly better per game averages than Dragic, but he also had notably worse shooting percentages last year. Dragic is also the leader of a Heat team that played some of the best ball in the league the 2nd half of last season. 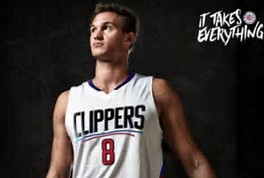 The Clippers big off season acquisition, Gallinari ideally would have found a role as a stretch 4. Instead he’ll slot in at the 3 spot on the wing for the Clippers along side Blake Griffin and DeAndre Jordan in the Clippers front court. A talented scorer, Gallinari needs to remain healthy, very similar to teammate Blake Griffin. If he can stay on the court, the Clippers could score an awful lot of points.

Still just 22 years old. Wiggins has established himself as a more than capable scorer with a career average up over 20 PPG, including eclipsing 23 points a game last year. With his athletic ability, wingspan, and being coached by Tom Thibedou, there is zero excuse for his defense to not improve, especially now being flanked by Jimmy Butler. If he can raise the level of his defense to match his offensive prowess, he and Towns could form a devastating duo in the twin cities.

A classic case of forget the numbers. I am well aware that Igoudala didn’t even average 8 points a game last year. The former Olympian is the classic case of sacrificing stats for the betterment of the team. He could absolutely gone elsewhere this off season with the chance to return to his status as an all star. A top flight defender capable of filling up the stat sheet in a myriad of ways on any given night, he is the 5th option on an extremely talented Warriors squad. Don’t let his situation distract from the fact that if he played for the Heat, he’d have little difficulty averaging around 18 points, 5 assists and 6 rebounds a game. There isn’t a team in the league that wouldn’t love to insert Igoudala into their starting line up, except Golden State.

The new face of the Indiana Pacers. Turner will look to lead a deep post rotation (Dom Sabonis, Al Jefferson, and rookie TJ Leaf are all around vying for minutes). A high percentage scorer who has shown the ability to stretch the floor enough to keep defenders honest, he also has the added ability to be one of the premier rim protectors in the league. That outside offense, inside defense combination makes him the poster child for what the league is now looking for from its post players. 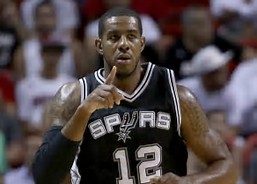 Push aside the expectations built upon his contract, and absolutely toss out the idea of him as The Big Fundamental’s replacement, and just look at LaMarcus Aldridge the #2 guy on the Spurs roster. They could certainly do a lot worse. Capable of tossing in 20+ on any given night, while also rebounding the ball. He has struggled being in the position of not being “the guy” while in San Antonio, but he is still a very high quality player capable of being a go to inside scorer.