In this chapter we dig deeper into the top 100 players for the upcoming season. Getting closer and closer to the top 10.

You’ll see a handful of rookies, and some aging veterans in this group, players going in distinctly different directions. The veterans, they’re not as good as they once were, but they’re as good once as they ever were. The rooks? They’ll have some great games, and others were they look like lost rookies.

The veteran proved his worth when it was needed most last year during the Jazz playoff run. If he were 15 years younger he’d be the prime option to replace Gordon Hayward’s production. Instead he’ll be counted on to be a leader in the locker room, and to guide the development of Rodney Hood.

And then there was one. A year ago this time saw the Bulls preparing with their new perimeter trifecta of Rondo-Wade-Butler. Rondo is gone, Butler was traded, and Wade is left in a locker room full of pre-teens. Its seemingly a matter of when, not if, Wade is bought out and lands elsewhere. 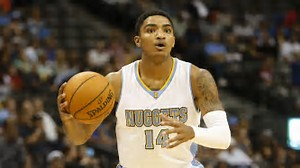 Rumored to have been part of the trade that would have sent Paul George to Cleveland and Kevin Love to Denver. Landing in Indiana would have been terrific for his development. Instead he’ll be looking to split minutes and shots with Jamaal Murray. In spite of that, Harris should put together a more than solid season in the Rockies.

A poor man’s Kevin Love, a very very poor man. Anderson offers little in the way of defense. He is primarily a spot up shooter getting open looks off the coat tails of James Harden, and now Chris Paul. While he really only does one thing, he does it well.

Coming off an injury marred season, Favors should bounce back in a big way this season. With Diaw gone, and Hayward in Boston, there is a vacuum for minutes and scoring around the great Salt Lake. Favors, healthy, and playing for a new contract may finally fully live up to his draft positioning. 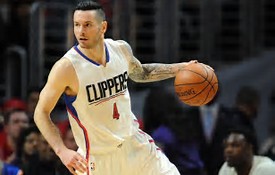 Redick landed a giant one year contract as the 76ers turn from trusting the process to make a push for the playoffs. His payday is as much for his ability to be a calming presence on a young team as it is for his ability to consistently stretch the floor. With the expected bumpiness that will come with Ben Simmons and Markelle Fultz’ development, Redick’s ability to remain steady will be key in the city of brotherly love.

He may not be the best rookie this year, but it is likely that no rookie will be asked to do more. All signs point to Smith being capable of handling the load. Mark Cuban is not one to look forward to a long rebuild, and Smith should help jump start the efforts to make Dallas a contender once again.

If Ball can stay focused on developing his game, he should be one of the leaders for the NBA’s rookie of the year award. That shouldn’t be difficult, nobody has ever had difficulty staying focused in La La Land, nor have they had issues playing in their home town, and no player in the history of sports at any level have been stifled by an overbearing parent. So there shouldn’t be any issues, besides his jump shot looking like something you’d take home when you’re 12 beers deep and its last call.

In his younger, healthier years, Gordon was on pace to become one of the best perimeter scorers in the league. A bit older, and a bit wiser now he excelled as the Rockets’ 6th man last year. A line up containing Chris Paul, James Harden, and Eric Gordon will be tough to defend. They may not be able to defend anyone themselves, but who doesn’t love watching a 140-135 shoot out? 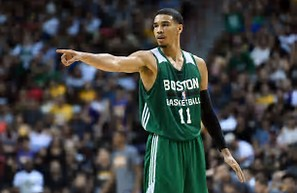 Its a blessing and a curse to be drafted onto a highly competitive team. In spite of selecting 3rd in the draft, the Celtics will be expected to compete for one of the NBA’s Final Four spots, meaning the rookie will need to earn every minute given to him. A skilled isolation scorer, it is expected that Tatum will start out as a bench player, but it wouldn’t at all be surprising to find Tatum on the court as a stretch 4 at the end of some play off games.